Dashan and Crosstalk – a window into Chinese humour 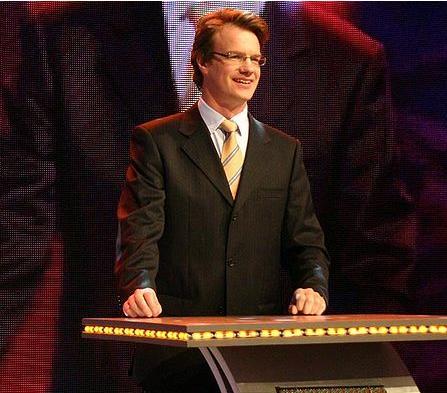 Back in 1988, a young Mark Roswell was studying Mandarin at Peking university in Beijing when there was a request from TV producers for a Dashan (literally translated: “big mountain”) to come and host a singing contest on national television.

(Scroll down to the bottom of the page in order to view the video).

Dashan was the stage name of an American student who had done some performances speaking Mandarin in Bejing. However Dashan had gone back to America and so Roswell volunteered, demonstrated to the producers his high level of Mandarin and took on the name Dashan. Little did he know that from this and his next television appearance, he would shoot to stardom and have a highly decorated career lasting over 20 years.

Chinese stand-up comedy or Crosstalk, is an ancient art form dating back to the Qing dynasty (1616–1912) and was first started by street performers as part of their acts. A typical Crosstalk routine is normally two people, one playing the lead and the other playing a support role. Unlike with western comedy it has more time to establish the characters and set the scene, not requiring laughs every few minutes, it’s more two people having a discussion with a lot of witty banter thrown in.

As in the video that comes with this article, Crosstalk is also sometimes performed solo. According to Wikipedia: Crosstalk is often called “the art of comedic language” and as such is regarded in China as a highly skilled form of performing art beyond the reach of most native speakers, much less a foreigner.

Dashan quickly rose to fame after hosting the aforementioned singing contest on television and then performing Crosstalk at the New Year Gala a month later, watched by 550 million people. He appeared again on the New Year Gala three more times, most recently in 2011 watched by around 1 billion people. According to his website, Dashan’s roles have ranged from; comedy to dramatic acting to hosting cultural, diplomatic, educational and commercial programs & events. He is now a superstar in China, akin to somebody like David Beckham in Britain, with numerous sponsors and endorsers, both western and Chinese.

In the documentary “Dashan – Ambassador to China’s funny bone” Roswell states that he thinks the main motivator for him performing Chinese style comedy for Chinese audiences is to show that people, Chinese or western, are not so different after all.